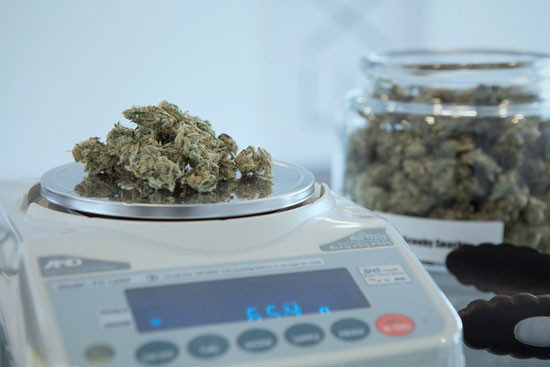 The Rise of Craft Cannabis

Just like gourmet food, beer and wine aficionados, many cannabis connoisseurs have sophisticated tastes and enjoy high-quality products. Paying more for particular strains and potency is becoming increasingly normal. As the rise of medical marijuana programs and legalization spreads across the country (now 28 states), the way in which consumers think about their bud is changing.

When speaking about cannabis products and businesses, we often make the noticeable comparison to the world of craft beer. There was a time when the big guys — Budweiser, Coors, and Miller made up the bulk of options in your local liquor store. When microbreweries and craft breweries started popping up and hitting shelves, consumers realized there was a whole new world of beer — they had choices.

Much like smaller batch beers are hand-crafted, creative and often created with higher quality ingredients from local farms, craft cannabis is carefully grown in small batches with specific aromas, tastes and experiences in mind — an organic and more pure approach than mass-produced marijuana. Operating on a smaller scale enables cultivators to pay more attention to each individual plant and therefore have better quality control.

Ryan Moloney of Alef Agriculture offers his insight on the rise of the craft cannabis movement. Moloney notices a large farm-to-table, organic and locally grown movement on the West Coast — an area with some of the most forward thinking brands in the industry,

"While I strongly feel California will play a pivotal roll in the mass cannabis market, I firmly believe the Pacific North West and maybe Northern California will be the driving forces behind the craft segment of the market."

Edible companies in particular are increasingly advertising the use of high-quality ingredients that are organic, gluten-free, vegan, or Paleo friendly. Julie's Natural Edibles, for example sells infused granolas, nuts and seeds mixes, and granola bars. All of their products are "gluten free (produced in a gluten-free kitchen), free of refined sugar, pesticide-free and non-GMO." In other words, if their products weren't infused, you might find them in Whole Foods.

Moloney cautions however, that products claiming to be all-natural and organic may be cutting corners. As of now, there is no nation wide organization certifying organic grows. Moloney, however, believes the "no-till" technique, certifies organically grown cannabis. The "no-till" technique uses soil that is amended prior to the plant being placed. Only water is used for this process, instead of water and fertilizer.

"If the fertilizer comes from a bottle or is salt-based it is not organic. In my opinion, true organic cannabis is produced using a technique called "no-till" with only organic forms of nutrients to fortify the soil. It can be grown in greenhouses or outside and will never have any synthetic pesticides used on it."

Regardless of technique, it's apparent that consumers are investing in high-quality cannabis and cannabis-infused products. Why? In one word — quality. Moloney compares the difference to beer. Once you transition from a carefully-crafted small-batch exclusive IPA, for example, to a mass-produced big-batch brew, you lose quality. "Think Budweiser vs. Dogfish Head," he says.

And that's not to say high-end cannabis is the right cannabis for all consumers. Cannabis enthusiasts have different needs and expectations for their product of choice. It's okay to enjoy a Bud Light, but it's nice to have the option of a 60 Minute IPA.

Any cookies that may not be particularly necessary for the website to function and is used specifically to collect user personal data via analytics, ads, other embedded contents are termed as non-necessary cookies. It is mandatory to procure user consent prior to running these cookies on your website.